We’ve done our fair share of keeping our readers updated regarding Bimota’s Italian exotic race motorcycle – dubbed the ‘Tesi H2‘ – and we’re now finally in the last stages before the public can get their hands on this special blacked-out Carbon edition. Bimota has their sights on a March UK release for this Carbon edition. 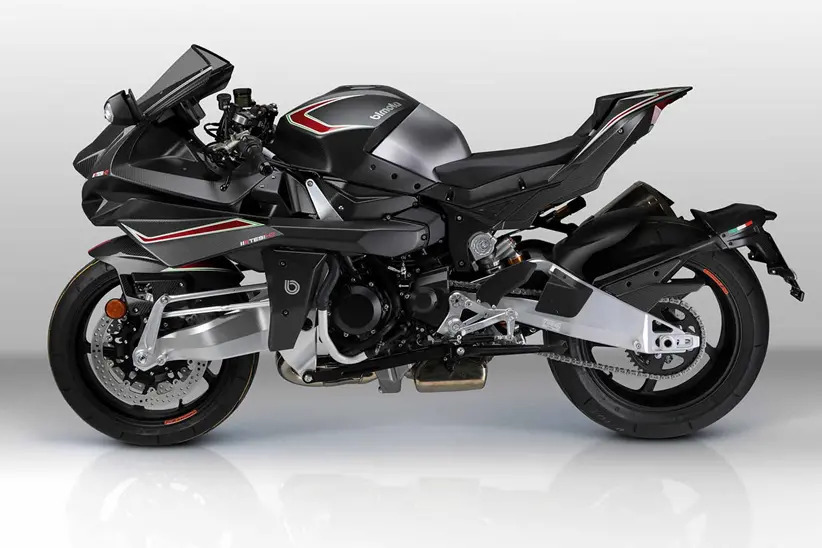 Beyond the color changes, this bike will still be the Tesi H2 at heart. The bike will feature the same supercharged inline-four engine taken from the powerful Kawaski H2 (producing an astounding 228 horsepower from the 998cc motor), and most of the other parts will be the same.

The Tesi H2 comes in with a 207kg dry weight (Italian OEM’s, if you’re reading this please give us the wet weights of your motorcycles!), features Brembo Stylema calipers, fully adjustable suspension and ride-height thanks to Ohlins TTX shocks in the rear. The bike features the best of Kawasaki’s technology with the inclusion of their electronics that brings this Italian stallion nine-level traction control, quickshifter, Bosch IMU, launch control, and a plethora of other electronic goodness provided by Kawasaki. 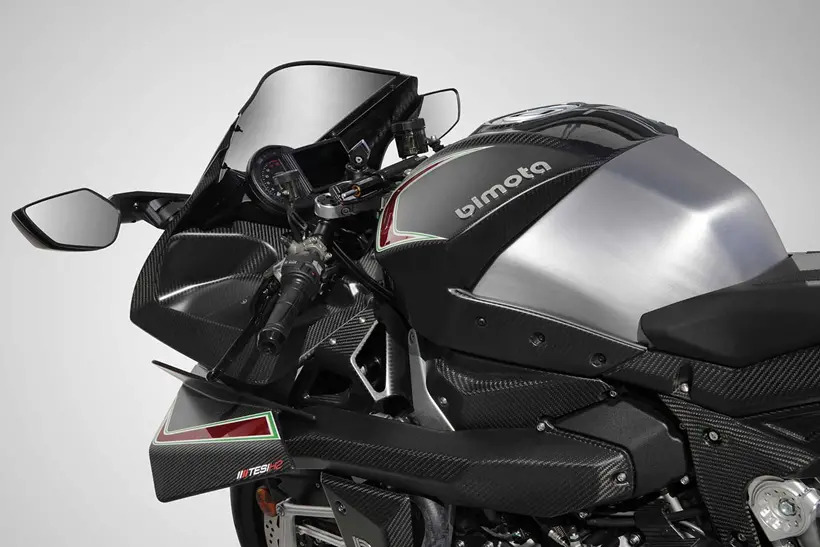 Although the standard Tesi H2 was limited to 250 production numbers, this Carbon edition will add another 10 total bikes to the ranks, further adding a layer of “limited availability” to this edition in particular.

Despite Bimota coming out and announcing that this Carbon edition will be limited to 10 numbers, they also mentioned that the volume of this bike could be upped if there is enough interest, so if these bikes manage to sell like hot-cakes you could still perhaps your chance to own one… The only thing holding you back should be the £59,000 pricetag.

Listen To The Exhaust Of the Bimota Tesi H2

Bimota Will Put the Tesi H2 Into Production in September, Testing Now