Visit site
When we last covered what White Motorcyle Concepts (WMC) was up to, they’d just finished putting a hole in the WMC250EV – a bike intended to eventually break the Electric Land Speed Record.

Now, there’s movement coming from the other end of their website – and it’s a project that’s revealed a bike reminiscent (at least aesthetically) of Yamaha’s Tricity scooter line. 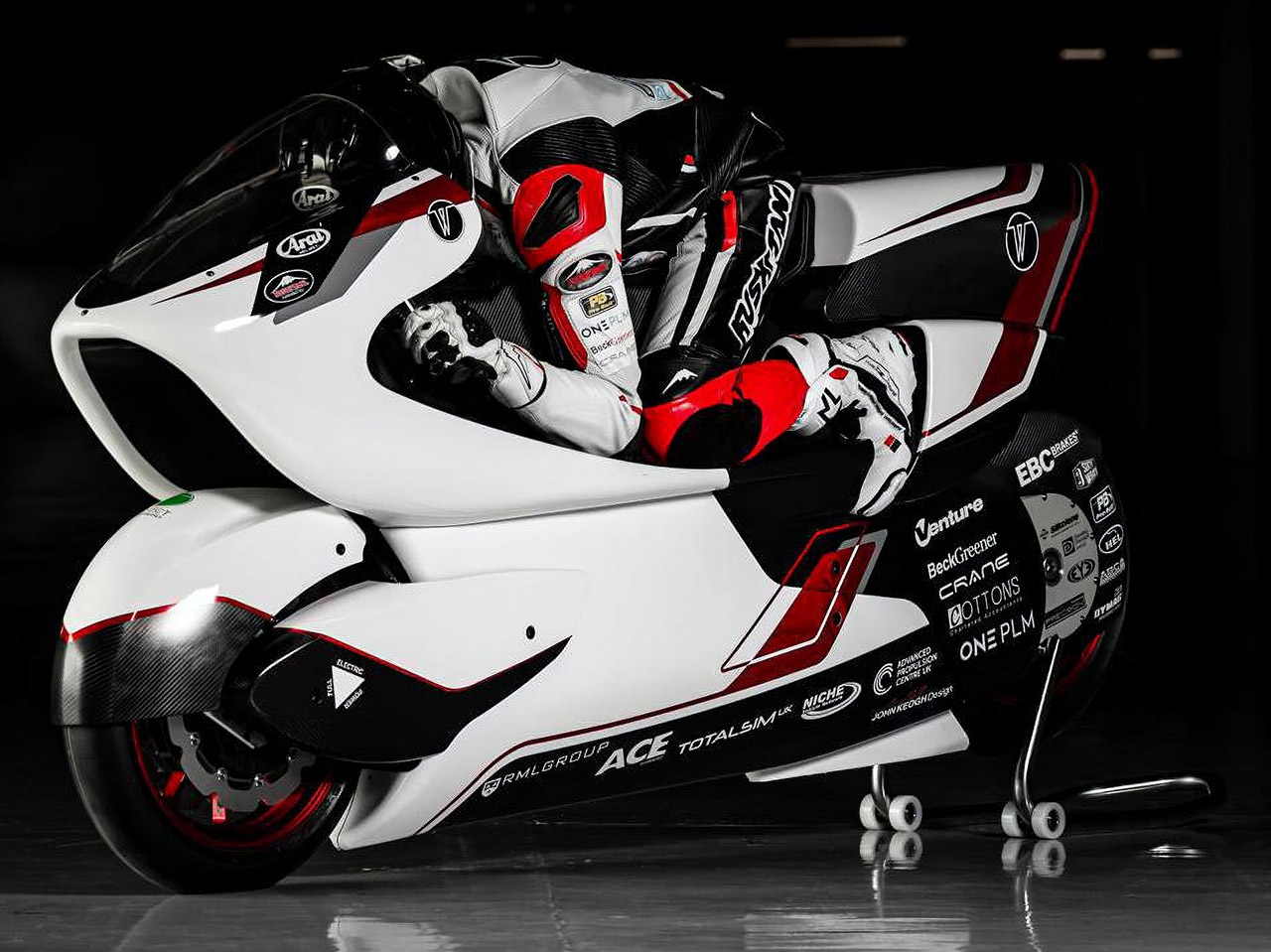 “Developed in conjunction with Northamptonshire Police and with help from Chief Constable Nick Adderley, the force’s Motorcycle Lead, the WMC300FR intends to offer a 50% reduction in carbon emissions compared to conventional designs with similar performance,” states the report from MCN. 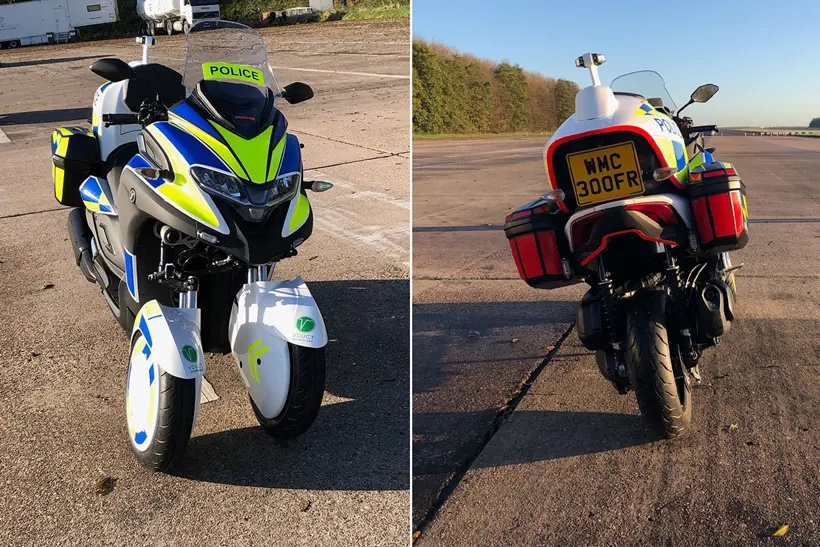 The article goes on to prove that WMC did indeed take from Yamaha’s Tricity 300 for this project, including the 292cc single-cylinder engine and bodywork. The fuel tank has also been moved up above the duct, “where it’s joined by a pair of 56V, 12Ah batteries that power a 5kW (6.7hp) electric motor that works alongside the Tricity’s 28hp single to turn the bike into a hybrid.” 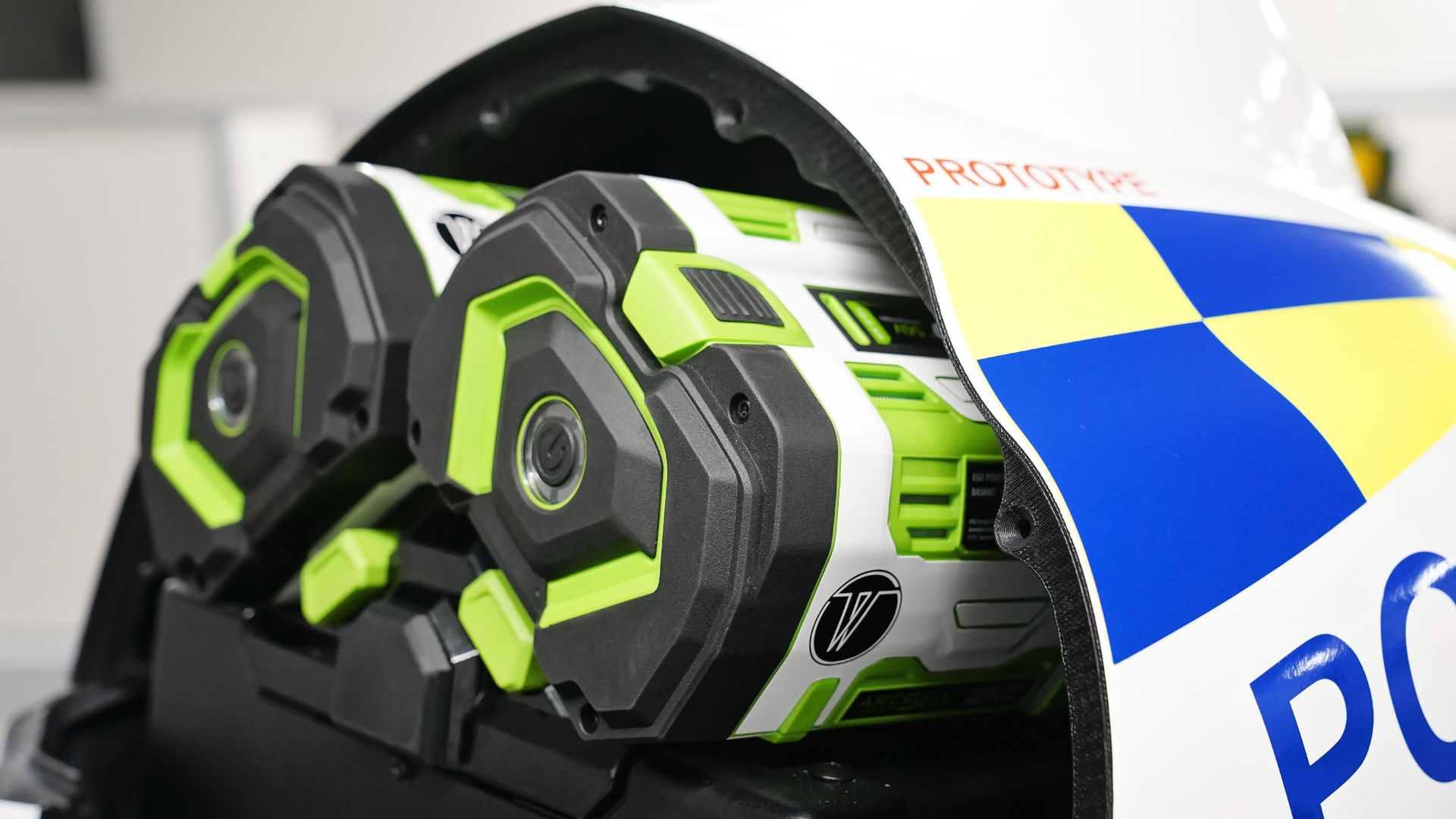 Since it’s got an electric motor, the hybrid saves fuel at low speeds, and benefits also from White’s patented Venturi Duct, showcasing ‘V-Air’ technology, which “channels air from between the front wheels, through the centre of the bike and out through the tail.”

Best part, Yamaha’s Tricity 300 comes with a perk passed to this machine – anybody can ride it, as long as they have a car license. 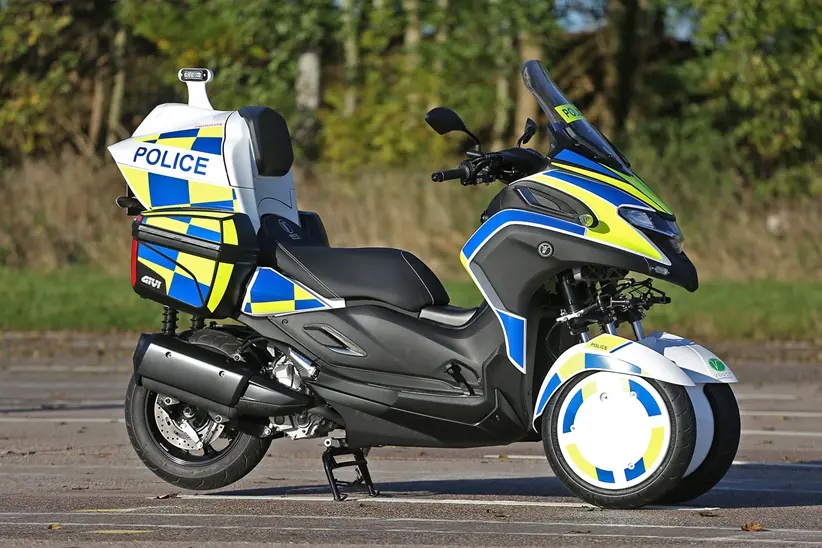 That includes officers looking for a quick scoot but lacking the proper credentials.

Let us know what you think, comment below – we love hearing from you. In the meantime, check out other motorcycle concepts we’ve got banked in our archives, and as always – stay safe on the twisties.

The Hydrogen Hack: Kawasaki and Yamaha Charge Toward Carbon Neutrality