yticolev said:
Me too. That is a pretty fine grit, so I doubt it. Not as fine as someone might use to polish, but pretty close and it looked and felt polished which is where I stopped despite still seeing lines on the piston that looked like dirt.

Not replacing the fluid (which looked new in the syringe I used to remove some) wasn't the cause here. Air entered (presumably) when the brakes got hot. The why is what needs an explanation. Piston damage is remotely possible I suppose, which would mean bleeding will fail.
Click to expand...

I don’t mean to criticize your work, but something has gone wrong here. I don’t understand how air would or could enter the fluid when or just because the brakes got hot. If that was common, I suspect most of us would be having trouble with squishy brake levers. I never saw your pistons or the contamination you were removing, nor have I ever in my life sanded a brake piston, but 220 grit seems way too coarse to me. If the pistons were damaged, I don’t think that bleeding would fail, but rather the piston(s) would either stick, or leak fluid and possibly air around the seals.

I can understand the hot brakes getting mushy because the fluid is contaminated with water, which reduces the boiling point of the fluid. I recommend bleeding to replace all old brake fluid with fresh fluid, and to remove all water and air.

In my lifetime of car, truck, motorcycle, trailer, and bicycle (w/ disk brake) ownership, I have successfully serviced all the brakes (drum or disk) myself. Pad changes involved simply changing the pads and resetting the piston position and brake fluid level. Often, bleeding brake fluid to change it was done at the same time as the pad change. Any cleaning involves simply spraying/wiping parts with brake cleaning solvent. I have never heard of or performed the bedding process described in post #38.
Y

Visit site
I did a similar bedding process on a new bicycle hydraulic disk brake per manufacturer. Specifically they recommended a number of stops from about 15 mph before trying a panic stop (or downhill braking presumably). So this sounded quite reasonable, especially considering I didn't replace the rotor. Otherwise there might be recommendations to bed in all new vehicle brakes, not just bicycles.

Brakes are normal today after cooling off! Whew!

Your explanation about water boiling sounds like the right one here. Certainly not fade. Interesting the air produced by boiling the water did not linger. Must create transitory micro air bubbles to create the mushiness I experienced yesterday (conjecture).

Thanks for the input!

Visit site
I have long struggled to clean caliper pistons properly prior to pushing them back into the caliper to allow for new pads. A few days ago my Mechanic got me one of these. In use, the business end expands inside the piston and allows one to rotate the piston in the caliper (without removing them) to facilitate the cleaning process. It is a really useful piece of kit. 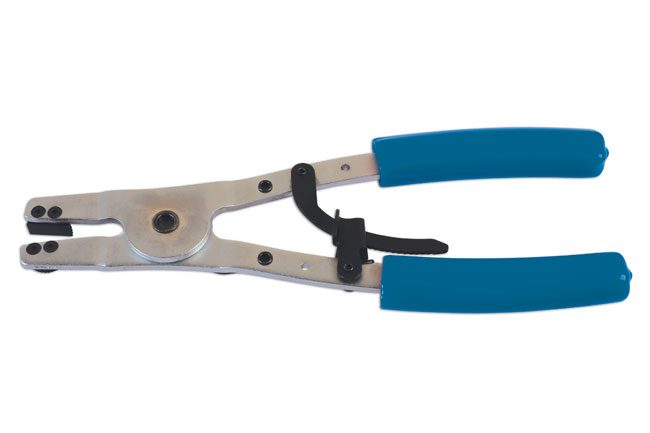 Laser Tools 6212 Used to remove the piston from the brake caliper when performing maintenance on the calipers - such as seal or piston replacements.

www.lasertools.co.uk
You must log in or register to reply here.