The Motorcycle Industry Council held a webinar yesterday and in that webinar, the MIC leadership told attendees that powersports sales managed to stay high despite the fact that COVID-19 has caused all sorts of disruptions. This should come as a surprise to many due to the fact that the economy around the world has taken a major hit.

While the council didn’t provide exact numbers in its presentation that I saw, it did provide a couple of handy graphs, which I’ve included here for reference. According to Erik Pritchard, CEO and president of the MIC, the reports the council is getting indicate that sales are up in 2020 even after COVID-19 hit hard in March.

He said that there was a bit of a slowdown, but even with that, the sales were higher for this time this year than they were in 2019. He noted that for March and April, and said he believes the same will be true for May.

I found this surprising considering many motorcycle shops closed down due to the pandemic. Pritchard did say that he is only going off the numbers the MIC has and their numbers may not be all-inclusive (some things slip through the cracks), but that they should be more or less on track.

It will be interesting to see reports of sales for May in the future from manufacturers to see if they coincide with the MIC’s findings. 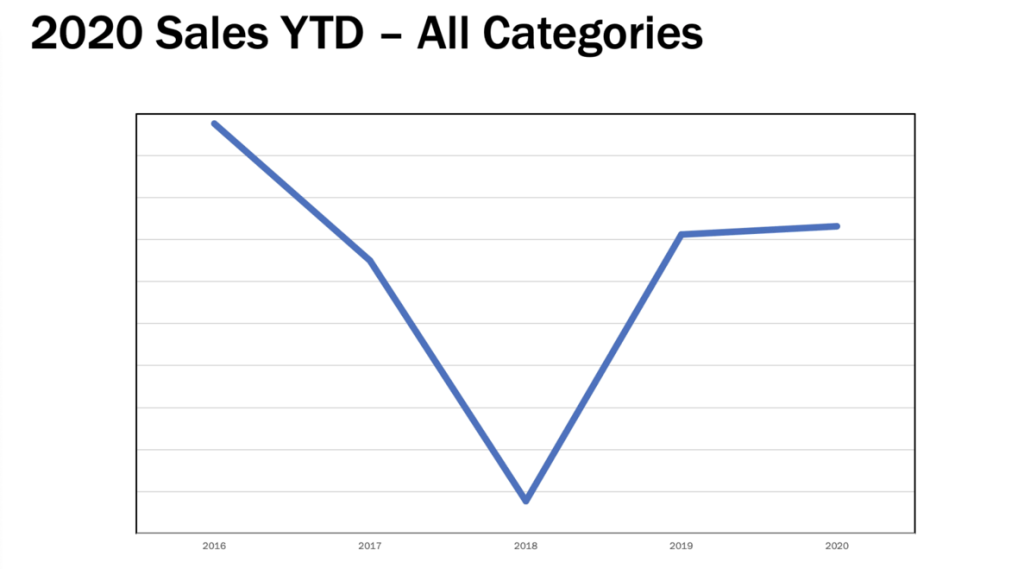