Visit site
Yammie racer Valentino Rossi has just been inducted into the Hall of Fame – and the reality of retirement is hitting the iconic MotoGP rider pretty hard.

“I always think of this day like a nightmare, because it’s the end of a long career and I thought it would be in Valencia but in the end, I enjoyed it a lot so I have to thank everyone, everyone who has worked with me, the whole paddock, the other riders… it was an unforgettable day and I enjoyed it. It was a long career, and always a pleasure,” states Rossi at the ceremony. 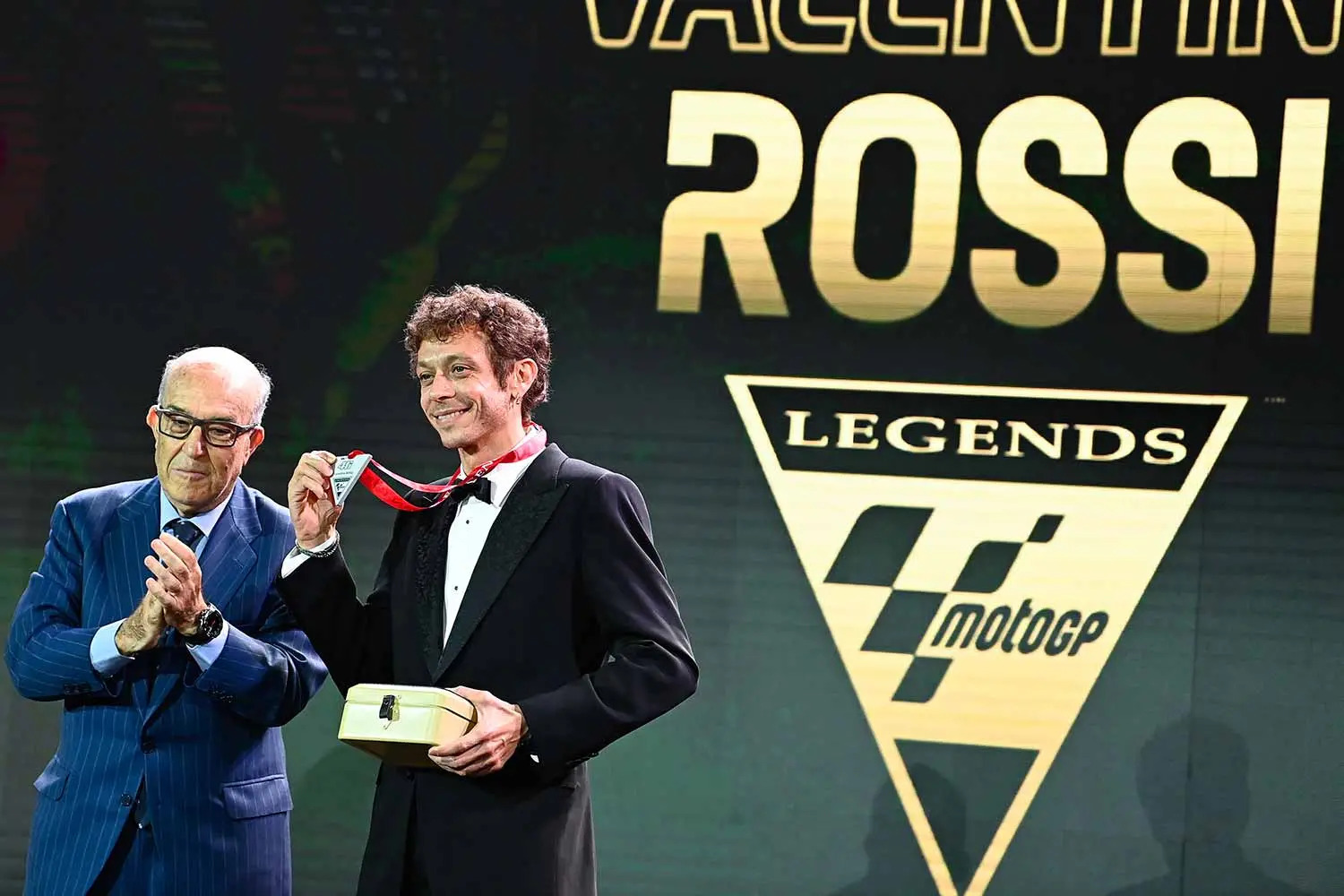 Rossi’s upcoming retirement from the MotoGP racing scene was moved along by his reacquaintance with all the bikes he used to shoot to victory – championship-winning bikes from Aprilia, Honda, and Yamaha, with the moment, made all the sweeter by “all nine VR46 Academy riders also wore replica helmets from Rossi’s career, whilst all of the MotoGP stopped to pay tribute to Rossi on the cool-down lap on Sunday afternoon.”

MCN tells us that, all told, over 76,000 people sporting yellow t-shirts and hats and cheered like mad for the man as he made his final lap – a special moment indeed. 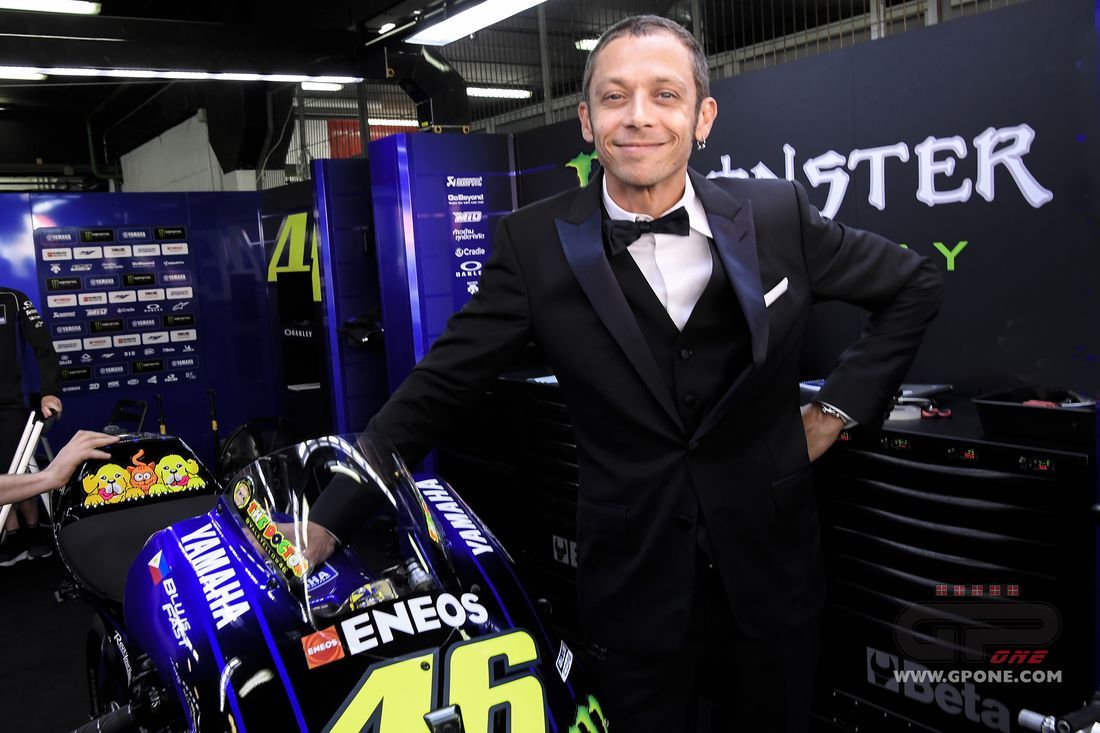 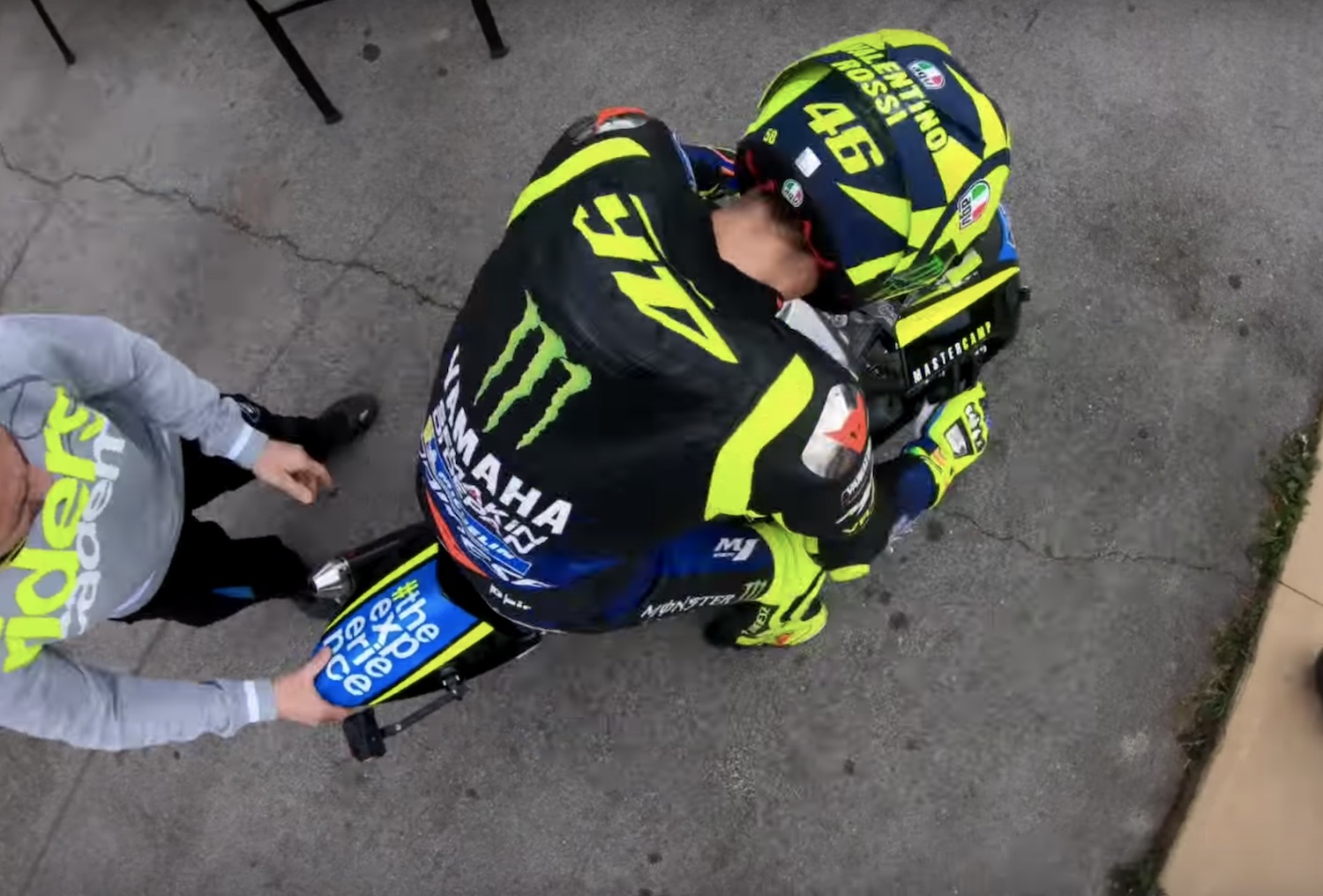 “The only thing I can say to Vale is thank you very much,” Dorna Sports CEO Carmelo Ezpeleta added.

“It’s been amazing since 1997 in Malaysia, we saw a guy doing fantastic races but also very special for so many reasons. We started to talk with him then and since that time, everything we’ve done together, with everyone who works in MotoGP, it’s been amazing.” 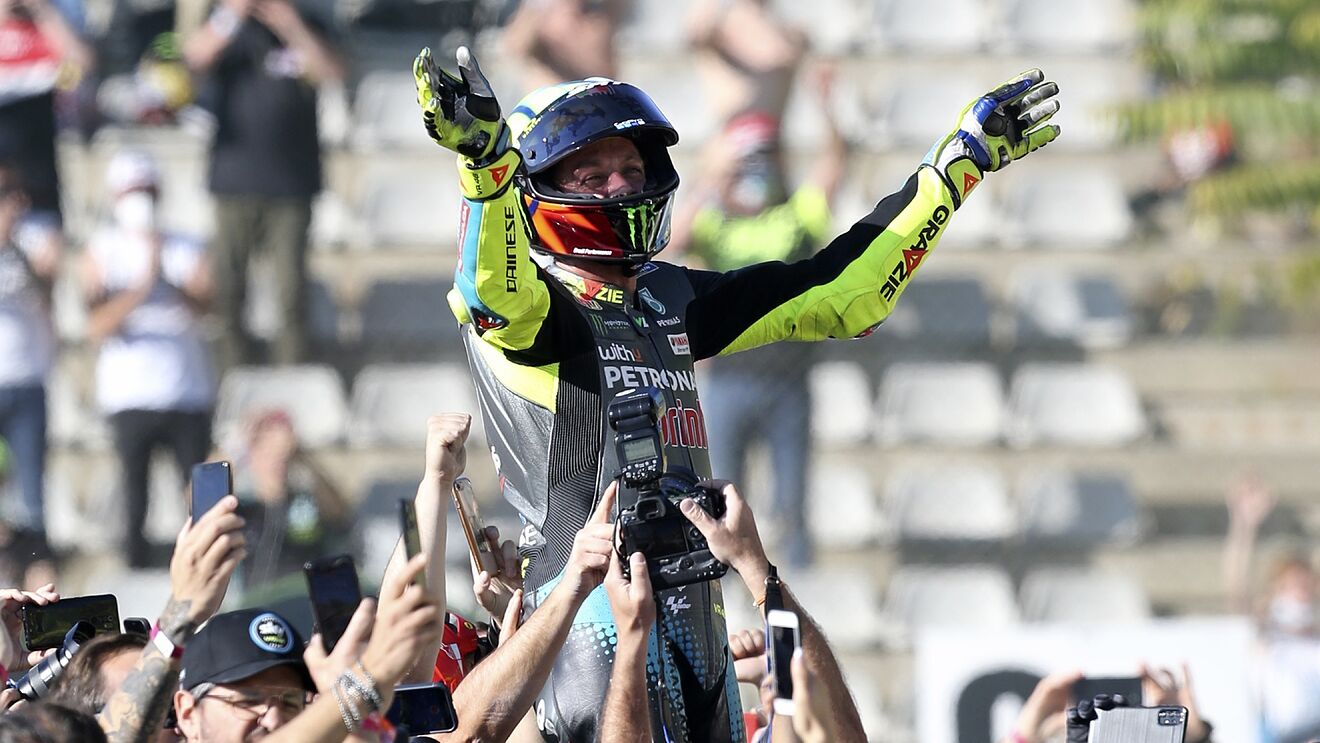 “First of all, Valentino has been an incredible rider, even yesterday, at 42, he was within tenths of Fabio. But also his personality, the situation he’s helped us to create, the Safety Commission, it’s something very special. These are all the words I can say. Grazie, Valentino!”

Our hearty congratulations to The Doctor, and he wish him a bike-rish retirement; in the meantime, be sure to brush up on the wee bit of drama that followed the Yamaha team racer out the door, as well as other archived news on MotoGP.

The post MotoGP: Rossi Inducted into the Hall of Fame at FIM Awards Ceremony appeared first on webBikeWorld.