Industry Insider: KTM and Ducati Discuss the Times to Come

Visit site
A big hash-out was just had to brainstorm on the future potential of the motorcycle industry in the EU – and based on the results, we could be seeing more bikes sport hydrogen and e-fuels.

At least, that’s what we’re getting from a meeting between KTM/Ducati and representatives from the Shell Oil Company and the EU Parliament; everybody is chipping in on the potential of the future, and where motorcycles sit in the middle of it.

“Despite a preference for the number of cylinders a bike should have, [Ducati] and [KTM] both believe carbon neutrality is an inarguable responsibility that manufacturers will carry,” states a report from AutoWeek.

Here’s the general consensus from each of them: 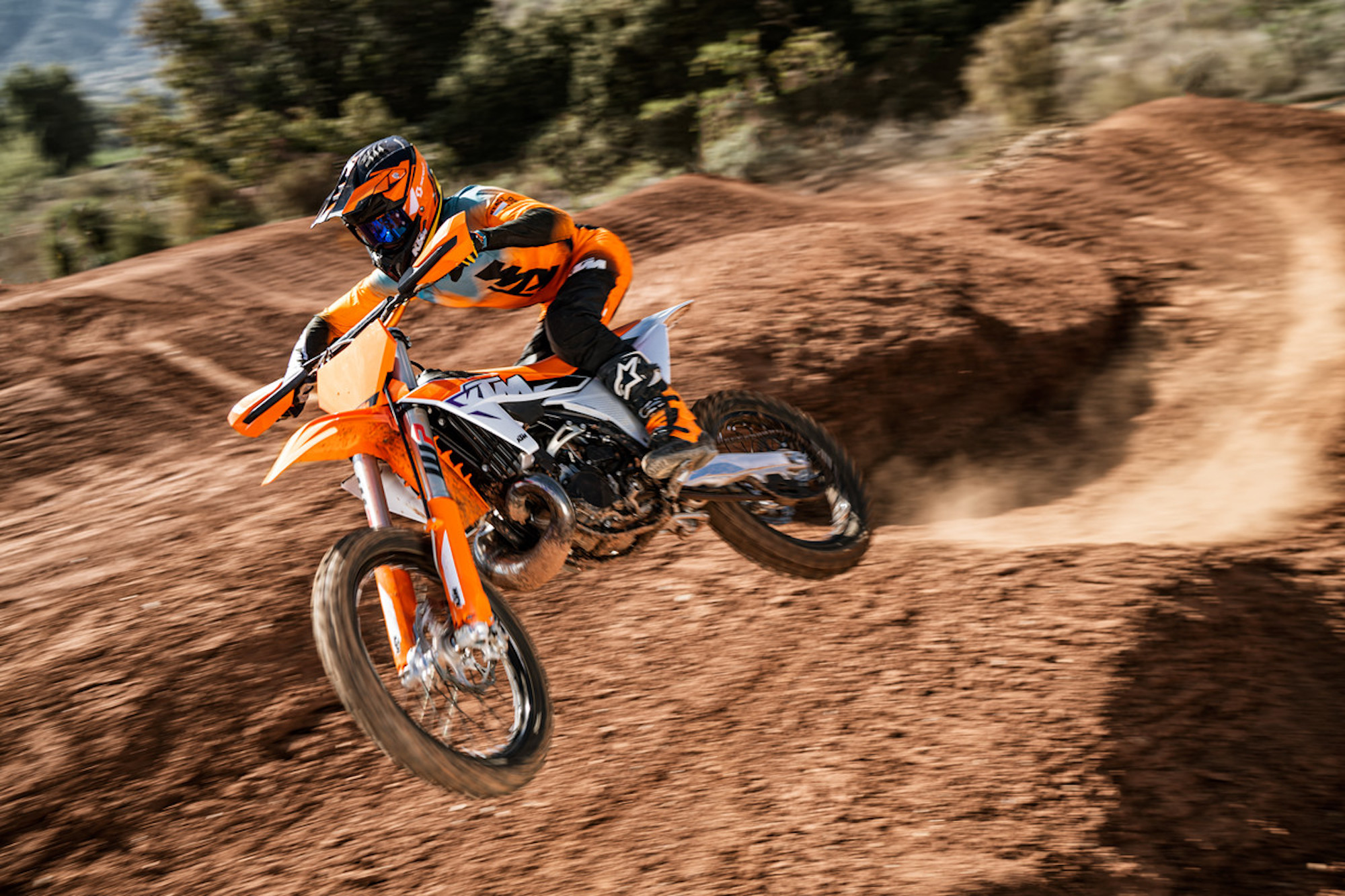 “Battery-electric motorcycles have existed for some time and are likely to become the most popular alternative to traditional internal-combustion bikes, but that doesn’t mean hydrogen fuel-cell technology or synthetic fuels should be forgotten.”

While this is a statement we’ve already heard from KTM’s CEO, he has a point – especially in relation to KTM’s machines, of which the majority are “rugged, go-everywhere, and do-everything style adventure motorcycles.”

An electric motorcycle’s range and weight would be a killjoy for the Austrians – but synthetic fuel is a much more viable option.

Understanding how the bike at hand will be used is much more important than setting an arbitrary propulsion standard,” finishes the contribution from the Orange corner of the conference table. 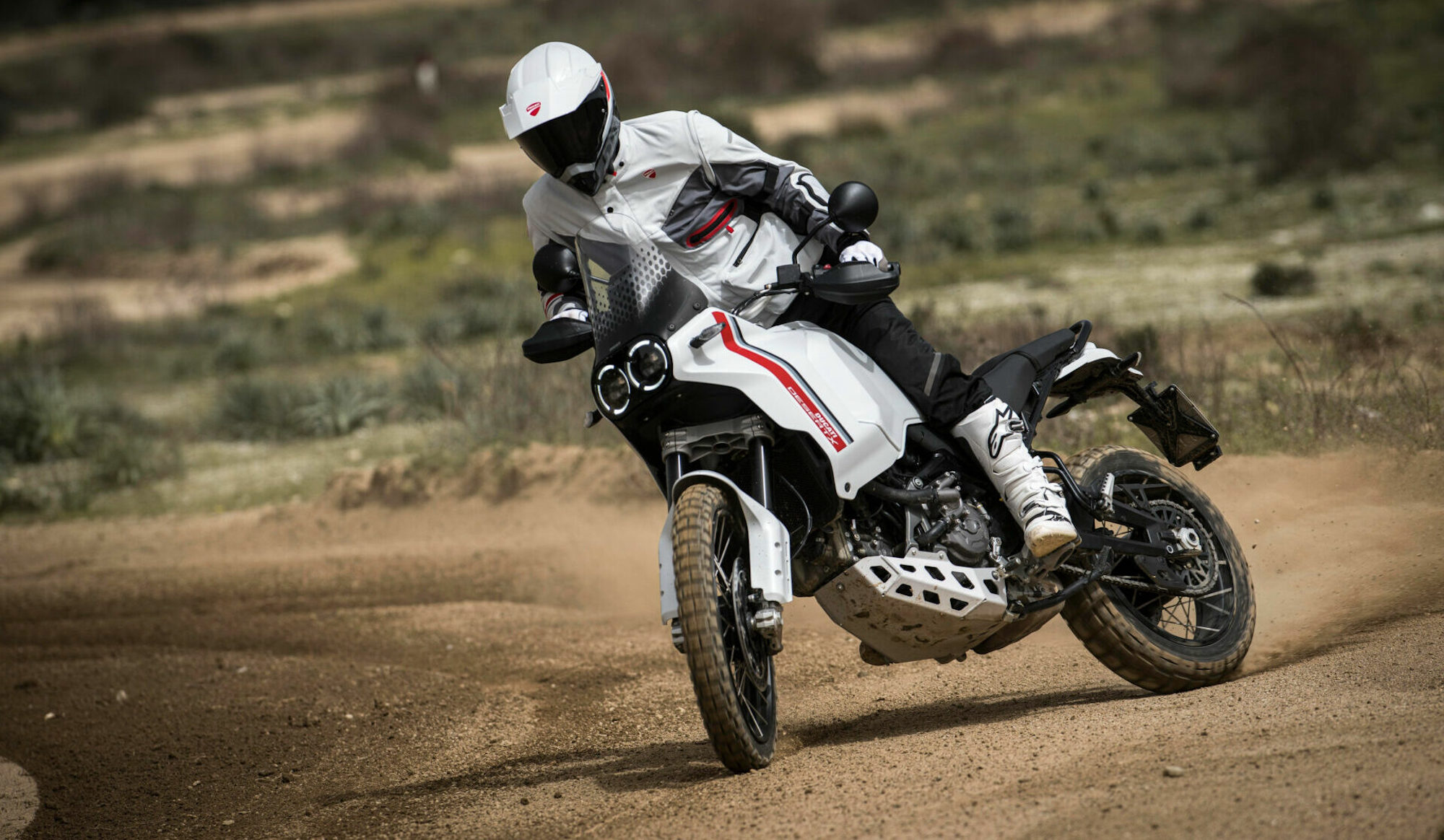 “[Ducati] bikes are largely for performance endeavors, and battery weight is no friend of lap times or bike balance.”

That makes two big bike brands that can’t see past the weight of an electric bike – and considering Ducati had to develop one in preparation for taking over as supplier for MotoE, they understand the fine print better than some.

Naturally, the term ‘high performance, high emotion’ came up as an ideal combination in an electric bike. Yet, in spite of Team Red’s zero-emission achievements on the track, they’re not biting – at least not for a while.

Domenicali was reported to have stated that “a ‘high performance, high emotion’ electric Ducati could be a long way away” – so don’t expect a mind-blowing machine from their ranks anytime soon.

A Hydrogen plant in its pilot phase. Media sourced from Recharge News.

There’s also a big reason why this meeting is going on in the EU; two-wheeled transport has not been included in the same CO2 reduction goal as the auto industry, so there’s more wiggle room for bikes to be what they will be.

This also means motorcycle manufacturers and industry leaders can get together (like this) and hash out what would benefit everyone, and in which direction everybody is headed for their brand. 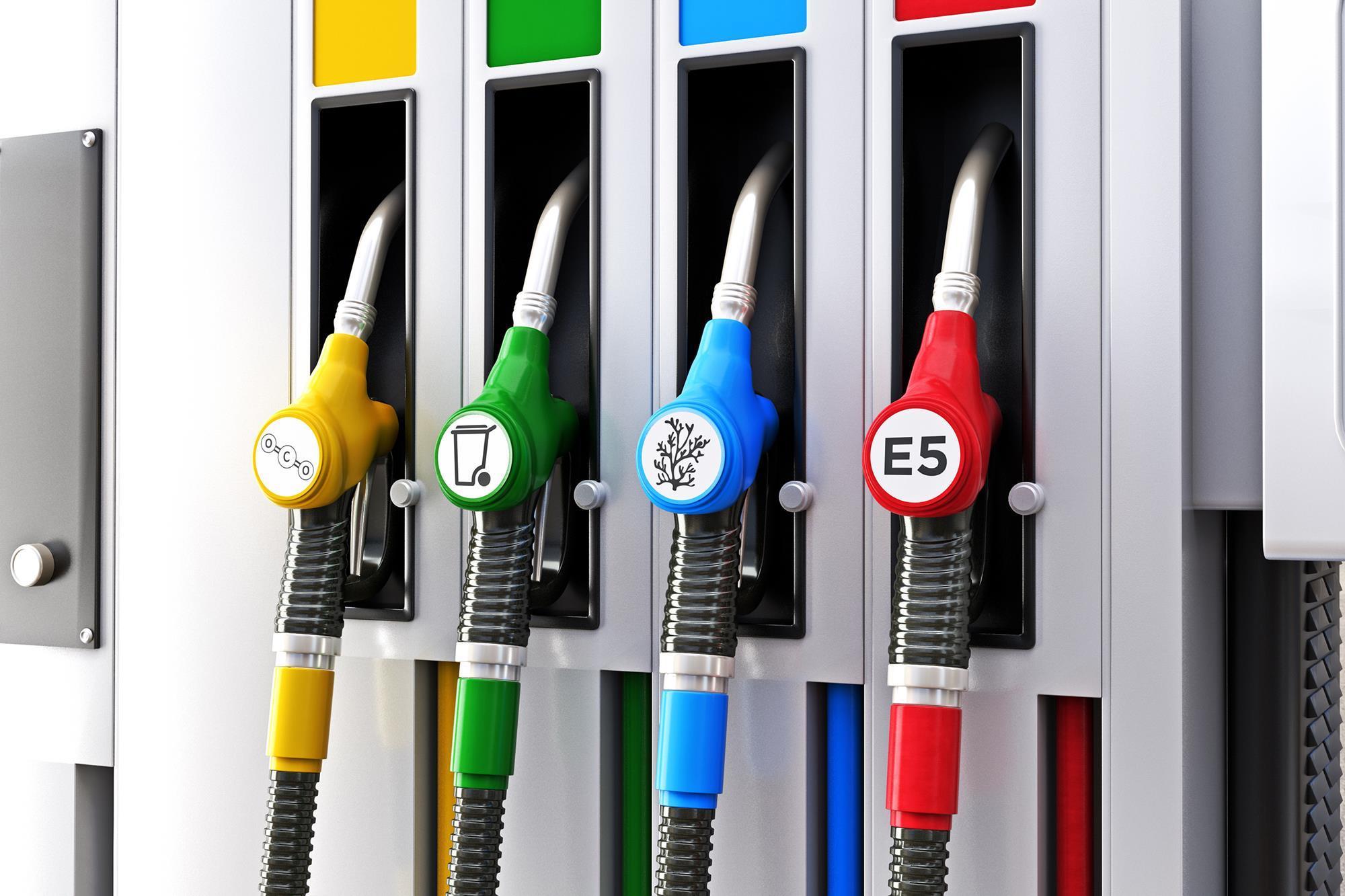 A picture of fuel potentials for the future. Media sourced from Chemistry World.

Seated at the table in anticipation of providing an answer for the future of all was Shell’s advisor for carbon management in Germany, armed with a list of four types of fuel motorcycles could use to grow the industry.

Biofuels, natural gas, hydrogen, and e-fuel, as we know, are all viable options at present; so what does Shell think would be the best answer for the motorcycle industry? 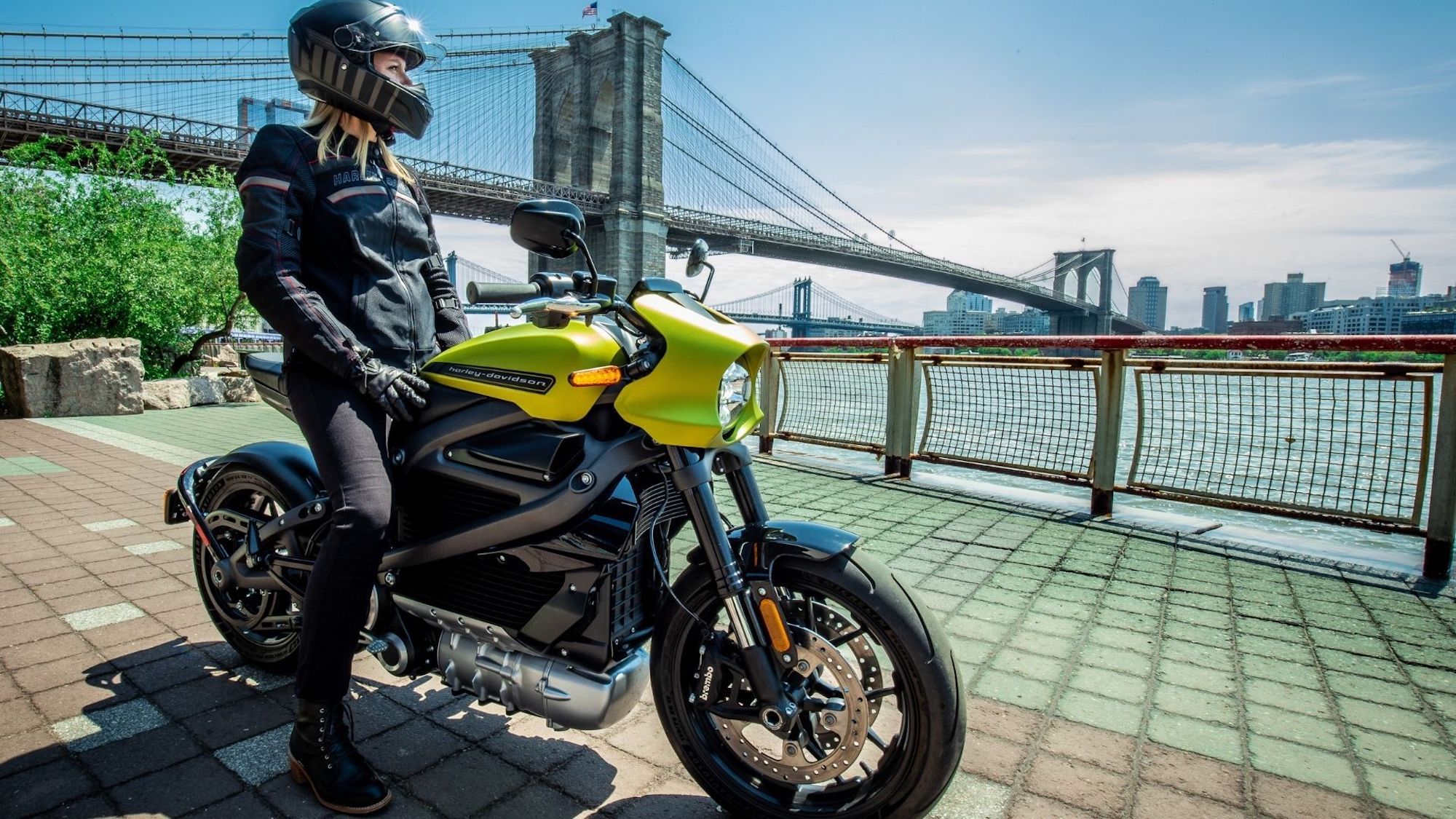 Apparently, “going fully electric with a closed-loop source” is the answer, with hydrogen storage remaining an issue, and the horizon showing off potential for internal-combustion engines to use advanced bio-fuels or e-fuels.

That last one, though, is iffy; with 30 kWh of electricity being required to make a single liter of e-fuel, she’s ranked as one of the lesser efficient means of creating energy.

What do you think? 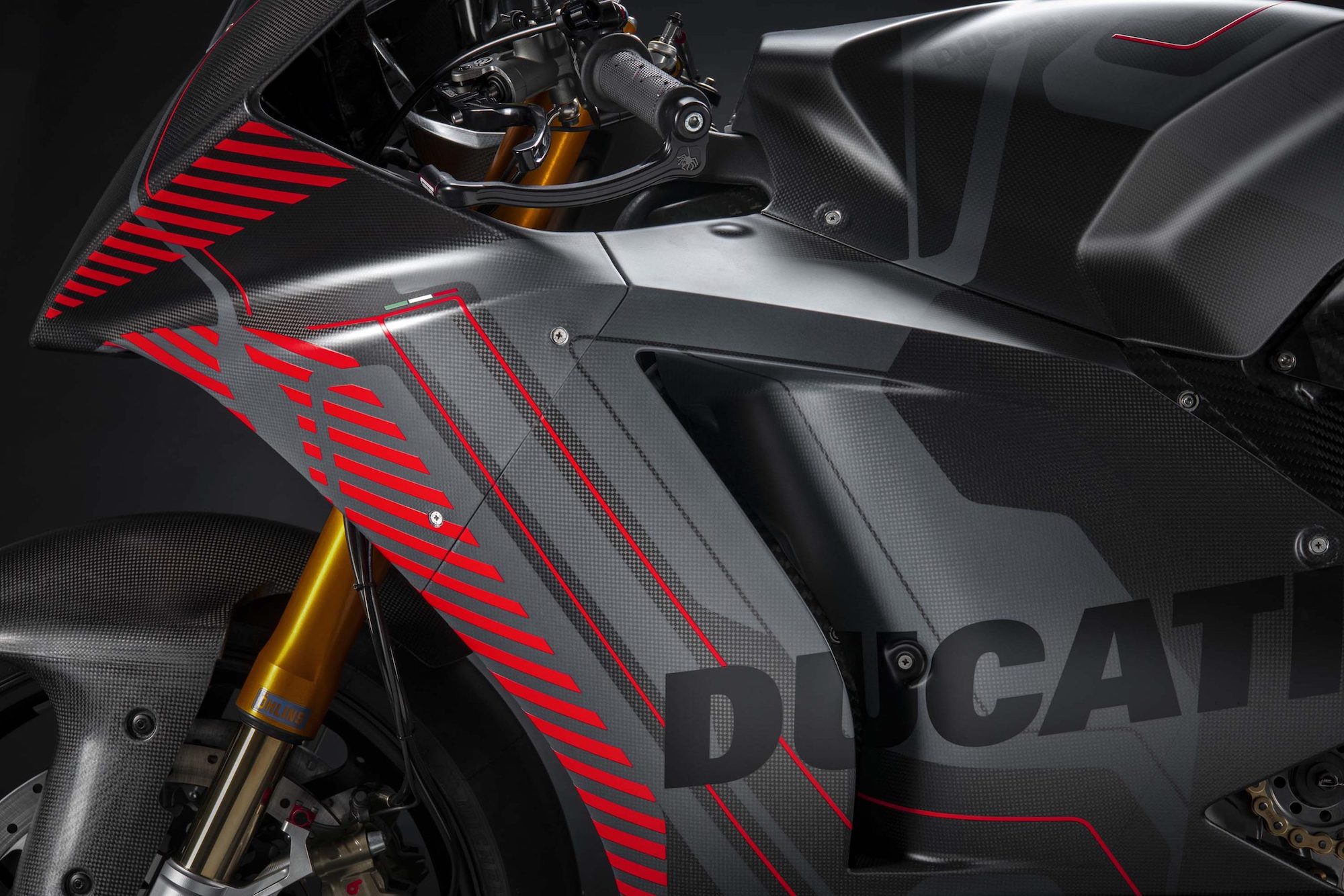 Drop a comment down below – we love to hear from you.

Be sure to also subscribe to our newsletter, and as ever – stay safe on the twisties.

The post Industry Insider: KTM and Ducati Discuss the Times to Come appeared first on webBikeWorld.