Visit site
A New Color and Compliant for the Future​

It’s not a big surprise to see Ducati setting up the Streetfighter V4 S for Euro 5 compliance. However, the company also rolled out a new Dark Stealth livery that makes this already aggressive motorcycle look even more dastardly. I’m used to seeing this bike in bright red and the dark treatment you see here is downright sinister.

The motorcycle is more or less unchanged from a consumer standpoint other than the color. The bike still has all of the same equipment on it. It’s just that Ducati tweaked the v4 engine so that it was compliant from an emissions standpoint. The company noted that the 1,103cc V4 engine still makes 208 hp and 90 lb-ft of torque. With that said, peak power and torque have moved around a bit. Power hits at 13,000 rpm and torque comes on at 9,500 rpm.

The Dark Stealth Livery makes sense for the brand as well. Ducati’s Scrambler and Monster have both undergone similar treatments in the past. The bike is mostly blacked out, including the wheels. However, there are some silver and grey accents that help set some parts of the motorcycle off. Overall, it’s a great-looking machine. 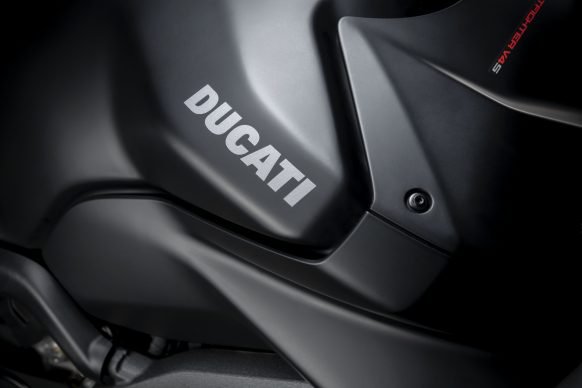 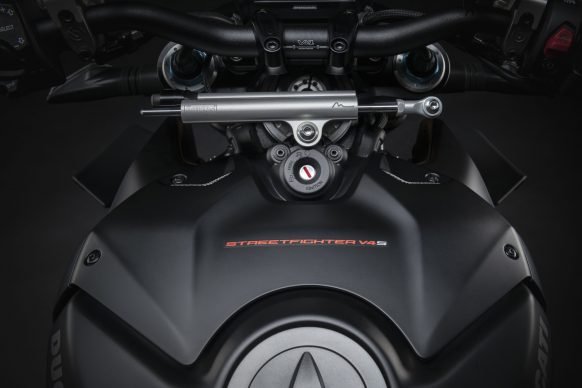 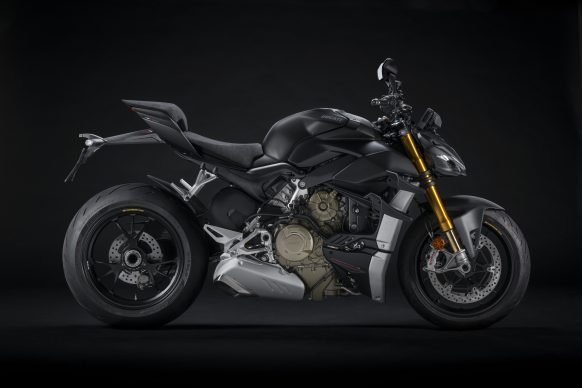 The 2021 Ducati Lineup + Our Take On Each Model

Ducati Has a New V4 Engine in the Works