Ducati Annouces the Multistrada V4 and Its Advanced Cruise Control

Ducati has been dropping small details about its new V4 engine that’s it is putting in the new Multistrada, but now the company has revealed that this new bike will also get adaptive cruise control and blind-spot monitoring.

This is a technology that several different manufacturers were working on. It’s cool to see a bike finally come out with the feature. It’s something that has been available on cars for years.

Ducati achieves these new features by adding front and rear radar technology to the bike. These radars were developed in close cooperation with Bosch.

The new radar technology is not some goofy looking apparatus. It is integrated seamlessly with the rest of the motorcycle and each radar only weighs 190 grams. 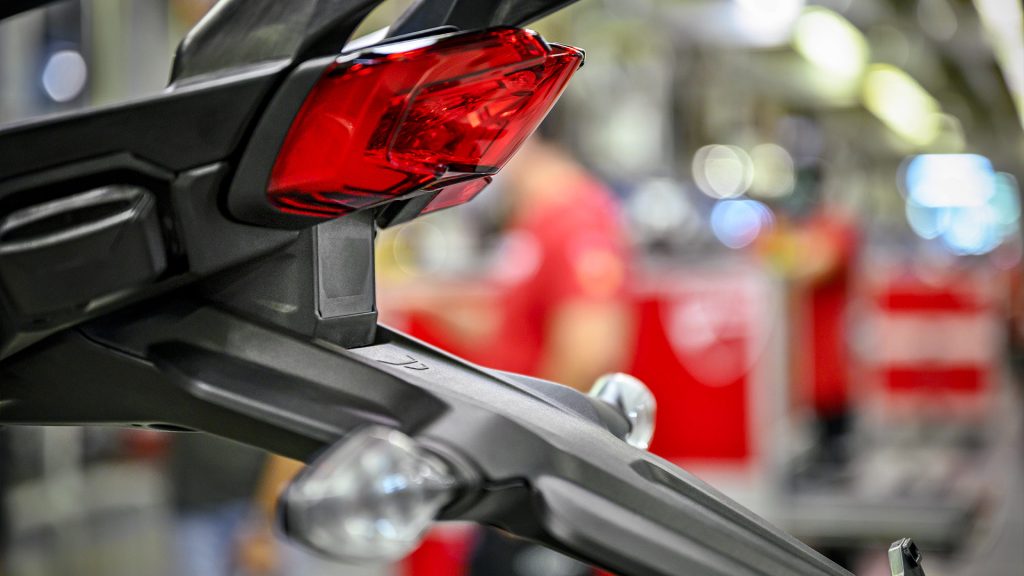 As you might imagine, the radar at the front is for the adaptive cruise control and the one at the rear is for the bike’s blind-spot monitoring.

The adaptive cruise control can be set for four distances from the car in front of you and is available to riders riding speeds 30 to 160 km/h (about 19 to 99 mph).

The system has been calibrated for use on a motorcycle so any of the inputs in terms of acceleration or deceleration are not so abrupt that they will disrupt the rider or cause him or her to lose control.

The blind spot monitoring will alert the rider to a car or other motorcyclist who is in their blind spot. This should help reduce accidents and make riding simply easier.

The post Ducati Annouces the Multistrada V4 and Its Advanced Cruise Control appeared first on webBikeWorld.