Or rather, lack thereof.

Her name is simply ‘The Ruby’ – and on top of being easy on the eyes, she’s surprisingly elegant in the assemblage.

The team at Mac motorcycles went for a relatively minimalist build here, with full concentration focused on the ‘utilitarian’ aesthetic. 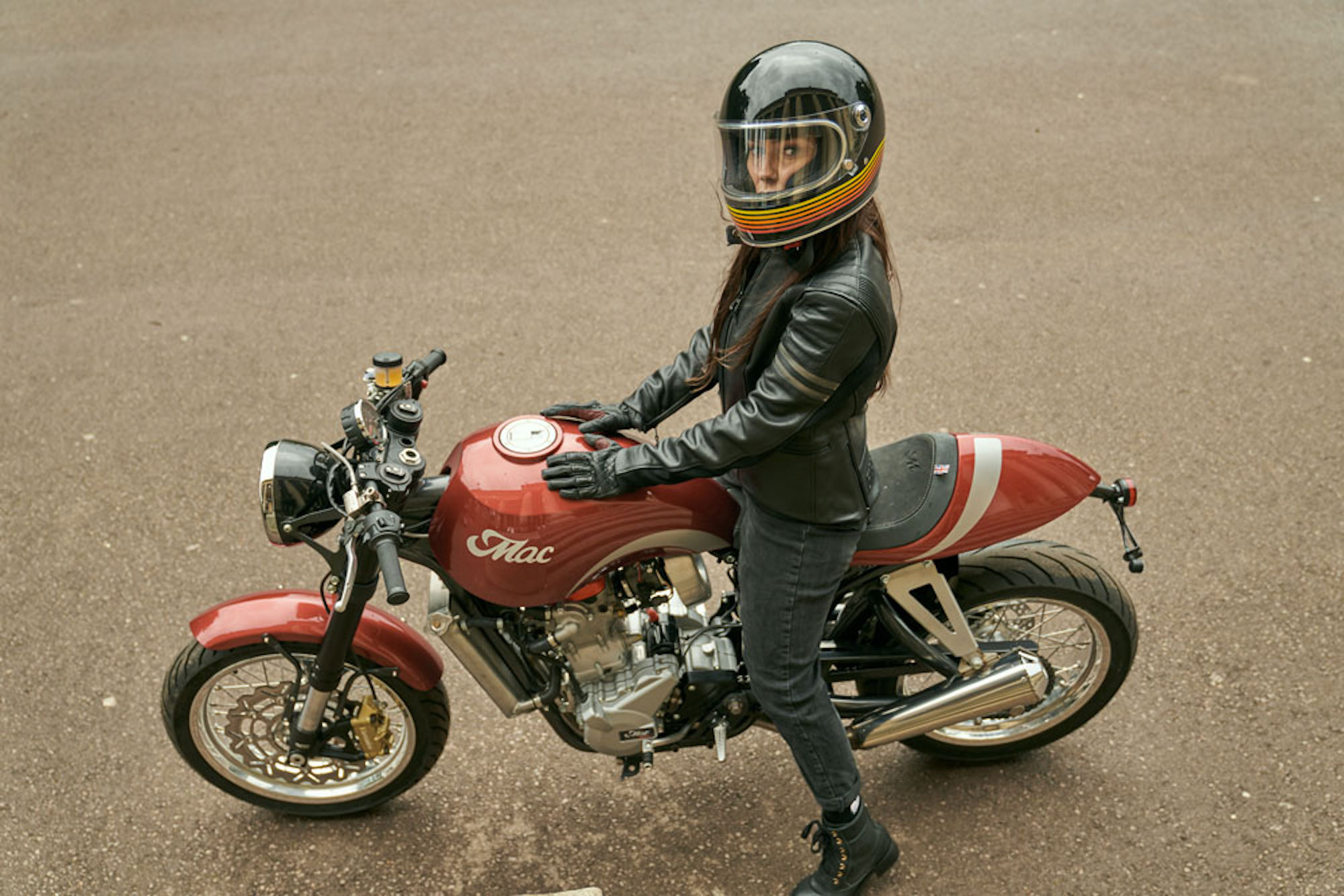 Her heart, according to Mac Motorcycles, was ‘built by SWM in Italy and is used in their ‘Superdual’ adventure motorbike.’

As a nod to the more modern era, the 600cc, single-cylinder, DOHC four-stroke is garbed with electric start and electric fuel injection, an 1.8-litre wet sump and a hydraulic clutch.

(For those of you more hardcore into this than I, the report from VisorDown states that the Ruby shows off ‘a compression ratio of 12.4:1, and a bore and stroke of 100mm x 76.4mm.’) 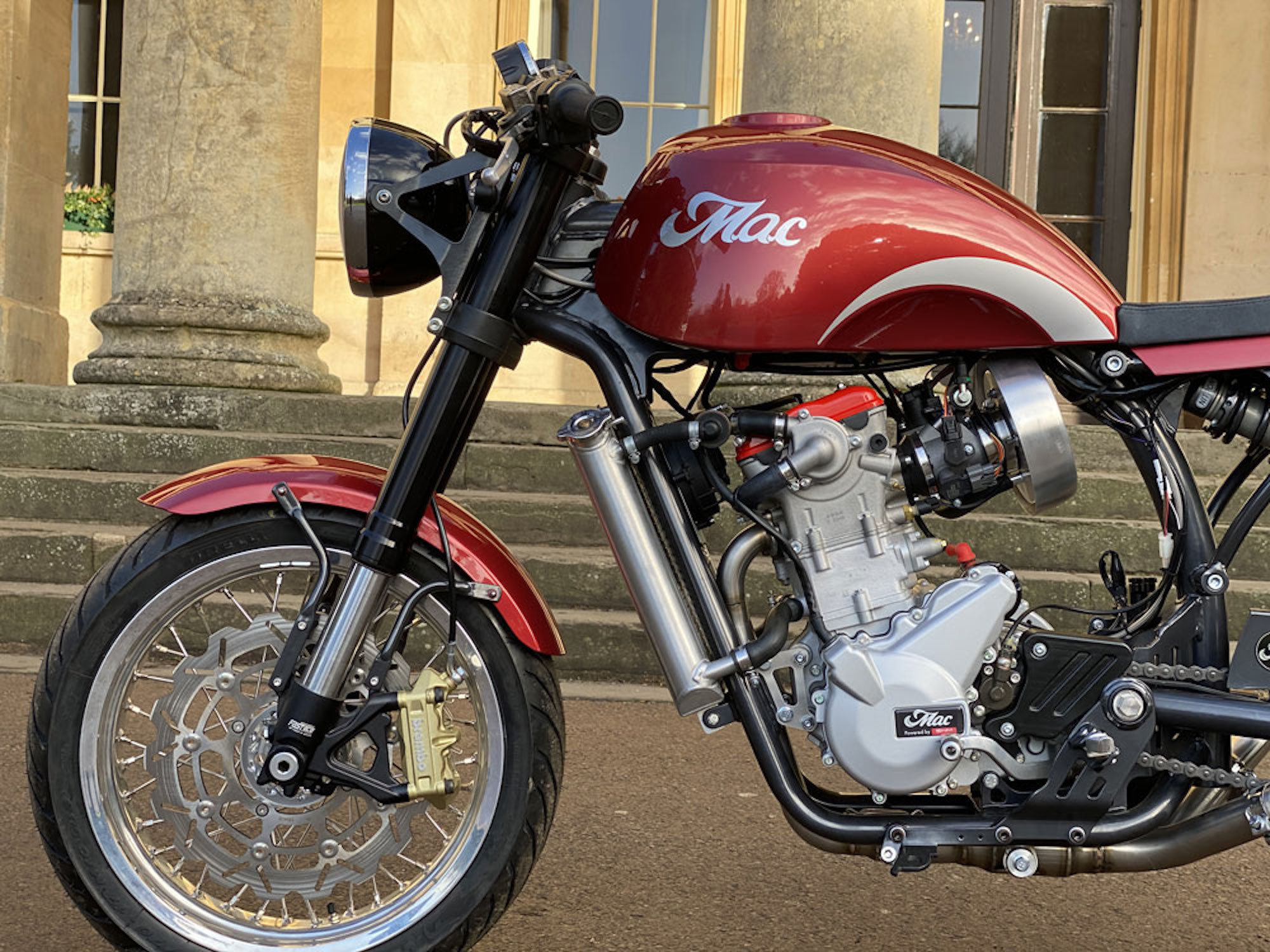 As for the nitty-gritties, how about a handmade pipe from Italy? It’s a stainless steel piece of pretty and ‘meets current noise and emission legislation, whilst retaining the distinctive ‘soundtrack’ of a big single.’ 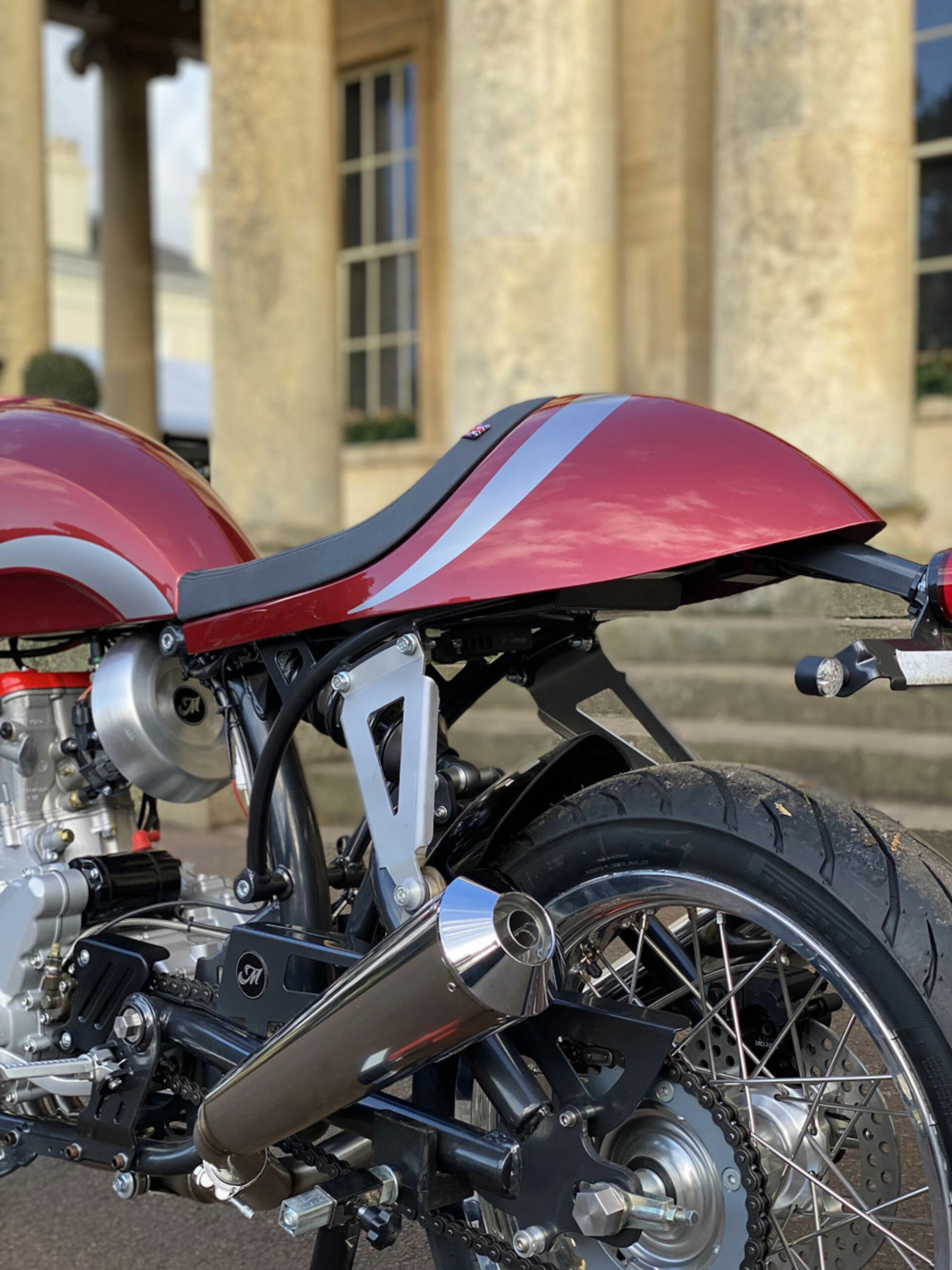 Ex-‘spec’-t around 52 pretty ponies and a top speed of around 100mph, provided ‘the jockey, the forces of Mother Nature, the incline of the hill and the tow from the vehicle in front’ are all aligned for the occasion…

Mac Motorcycles will begin taking orders for the Ruby in the autumn, but you can register your interest for one now on their website.

Be sure to register, drop a comment below letting us know what you think, and as ever – stay safe on the twisties.

Visit site
Nice.
You must log in or register to reply here.