Alipinestars Launches Yet Another Signature Supertech R Boot, This Time for Fabio Quartararo

This time around Alpinestars took a different approach and instead of making another boot for previous idols of the past, we have a boot for a current and active MotoGP rider. 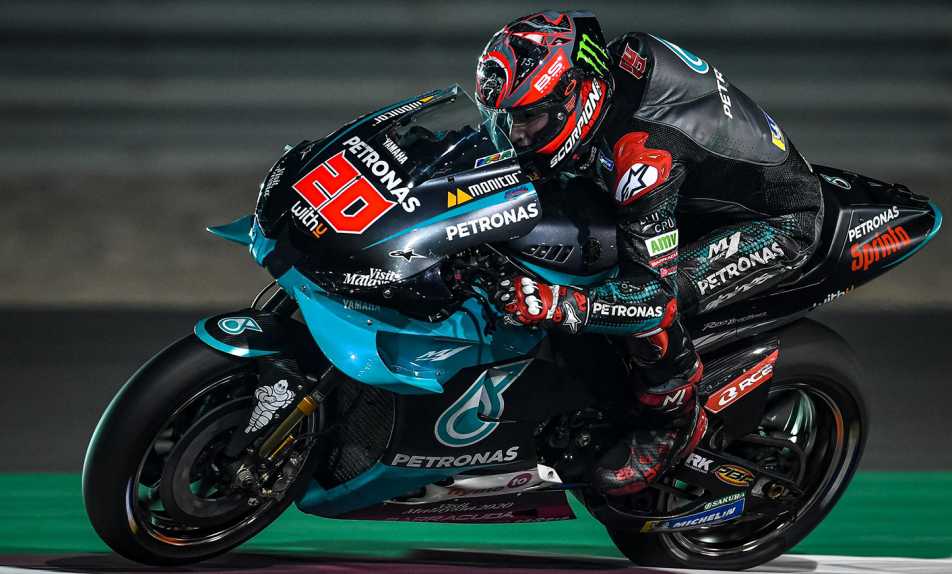 Fabio Quartararo is an up-and-coming talent in the MotoGP circuit. At the ripe age of 21, you could consider him a Max Verstappen (Formula 1) type of talent with Fabio winning the Rookie Of The Year award for his first season in 2019, finishing fifth in the overall standings with 192 points. The similarities are almost uncanny with Fabio beginning his MotoGP career at the Petronas Yamaga SRT team, a satellite team for the official Yamaha works team just like Max Verstappen began his Formula 1 career with Toro Rosso, little brother to the official Redbull team.

The El Diablo 20 features a red, black, and silver livery to pair with the Supertech R; a lightweight race-oriented boot chock-full of technology found in the official MotoGP riders boots.

A highlight of the boot is the ankle protection system allowing for full movement of the ankle while providing ample protection in the event of an incident and is built into a full TPU and microfiber exoskeleton.

The boots have an MSRP of $529.95 and have yet to be given an official release date from the Alpinestars brand; currently listed as “coming soon” on their website. 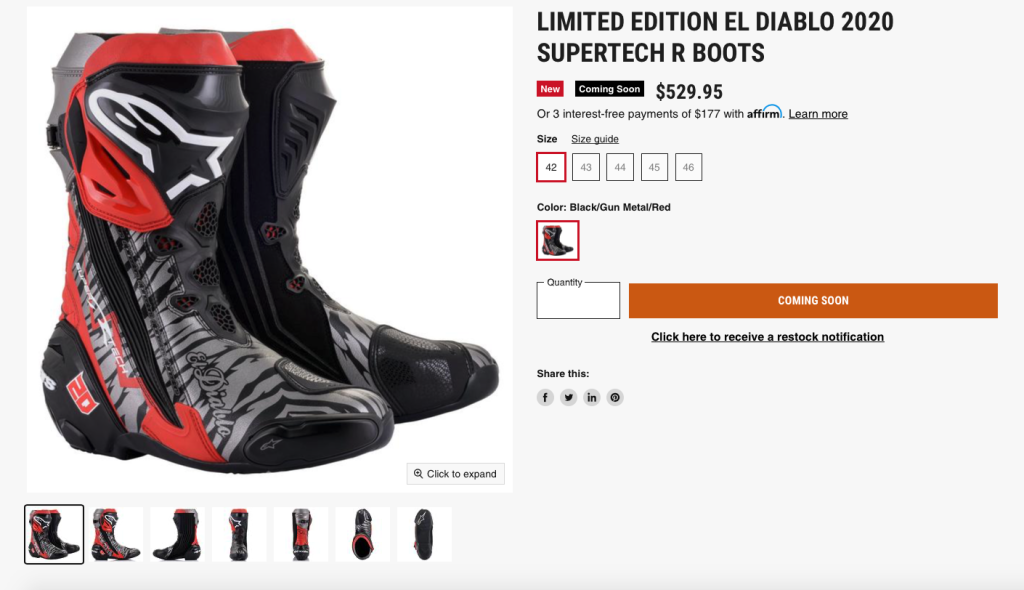 The post Alipinestars Launches Yet Another Signature Supertech R Boot, This Time for Fabio Quartararo appeared first on webBikeWorld.

This 2021 Honda CBR1000RR Gets The Coveted Repsol Treatment

El Solitario Partners Up With Alpinestars For ADV Suit

Deals We Love This Week: Holiday Hangover Sales on Everything From Helmets to Boots to Accessories